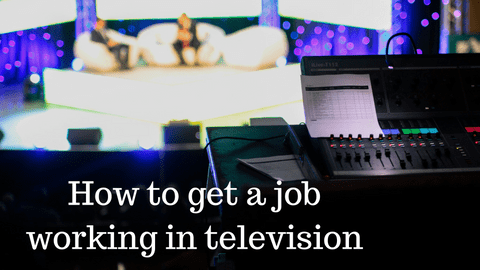 Not only Slade, my favourite group, was on the program, I just loved watching the lights, the cameras, the floor managers… in fact everything that was going on both in front and behind the camera. That was the day I decide I was going to work in telly.

1 – Make a clear decision about what you want to do

A couple of weeks later my mum and I arrived at the BBC studios but the school party didn’t, so we got a private tour, just me and my mum. It was amazing… I went into the Top of the Pops studio during rehearsals and saw Christopher Cross singing Side Show, I saw Daleks in the props store, we got to experience BBC-Tea in the canteen… It was amazing… Yes, the BBC was where I was going to work.

“Don’t do that, you’ll never get into the BBC, television is difficult career, you’re way too smart to work in the entertainment industry, do maths, do physics, do computer science… They’ll be more job opportunities that way”

Being a well behaved, complaint little boy, I did what I was told, but I wasn’t happy.

Eleven years later I graduate with a Computer Science Degree from Brunel University and I’m working in the IT industry designing information systems for the Royal Navy. Oh, and I still wanted to work in telly.

3 – Do whatever you can to gain experience

To satisfy my creative needs, I did Children’s theatre and volunteered at Great Ormond Street hospital radio, Radio GOSH, producing and presenting radio shows, oh, and I became a Children’s magician!

4 – Be ready for when the luck arrives

One of the other volunteers at Radio GOSH worked at the BBC for the World Service, and every week she’d bring in  Ariel for me (BBC’s internal magazine), so I could look at the job pages in the back few pages. One week there was a job in their computer department that I was perfectly qualified for, so I applied for the job and got an interview.

I did a great interview, they agreed I’d be good in the role, but then came the question “Why do you want to work for the BBC?”

My answer was simple “Because I want to make TV programmes” and I told them my story from when I was eleven.

They offered me the job, and in August 1987 I started working for the BBC… Ok, it wasn’t in TV, but my chances of making TV programmes went for “no chance in hell matey” to “it’s not going to be easy”.

5 – Work twice as hard as everyone else

For the next 2 1/2 years I did two jobs. The one I was being paid for in the IT department, and the job of learning everything I could about directing. So I answered the telephones on the Saturday morning kids show Live and Kicking so I could  be in the studios as much as possible, and helped out with Children in Need. I also sat in viewing galleries, got audience seats when I could, watched so much television output and came up with new ideas and formats for TV programmes.

The BBC had a thing called the Attachment Program. The idea being you can be “loaned” from the department you worked in to another department, in order to grow your experience. Once a year Trainee Assistant Producer Attachments where available both in BBC Children’s and BBCSchools Television. 6 for Children’s and 3 for Schools. That’s 9 opportunities a year. Ok, several hundred people applied for the attachments each year, but still it was a chance.

So each year I’d apply for the attachments, and each years I’d be one of the 100 or so people invited for interview (all the hard work meant I came up with great programme ideas for the application), and every year I got through the first round of interviews, because the producers who grilled me loved my enthusiasm and ideas.

And every year I’d do a great second interview but get told the same thing… “Sorry, we’ve never had an engineer make TV programmes before”. Yes, they thought IT was engineering back then!

Being the person I am, I always asked for feedback, so I called Lewis Bronze, the then editor of Blue Peter to talk about how I’d done in my interview with him, to which he was very positive and slightly disappointed that I hadn’t been given a chance as he though I’d be a great asset to the department. I asked if I could spend a week trailing one of his producers on the programme so I could get a bit more experience and he was more than happy to help. So I took a week of my holiday entitlement and in October 1989 I spent 5 amazing days following a lovely Blue Peter Producer called Richard Simpkin.

I sat in edits, watched studio planning meetings, sat in the gallery during the live programmes, watched a voice over session. I even managed to write the opening of the Thursday Halloween show.

It was amazing week and I learnt so much, and at the end of the week I asked Richard if I could write that year’s Blue Peter Christmas Panto. Richard said “sadly no, we already have a script, but I think you would have done a great job, what with all your kids theatre background”.

A couple of weeks later I was in the BBC canteen and I bumped into Richard, the producer I had worked with on Blue Peter. “How’s the Panto going?” I asked, “The script is shit” was his response. “Don’t worry, I’ll have a great script on your desk tomorrow morning”.

I stayed up all night, writing a pantomime script for Blue Peter, and true to my word it was on Richard’s desk the next morning and he loved it and they went with it.

8 – Change people’s perception of you

Timing was perfect as a week later I was having a meeting with the Head of BBC Schools Television, again trying to find out why he kept saying I’d be a great asset to his department, but why he never offered me a chance. His answer was that I had no experience working in television.

I got angry “How the hell can I get experience working in television and show you how good I’ll be unless you give me a chance”.

With that little outburst, and him seeing the work I had done over the years, as well as knowing Blue Peter had taken a chance on my script, he repented and offered me a six month attachment as a Production Trainee.

10 – Never give up until you succeed

That was December 1989… Since then I have had a very long and successful career in television and video production. I have worked with some wonderful craft people and talented performers, won awards and had a thoroughly enjoyable time doing what I knew I really wanted to do.

And I have so many stories from my time in telly…. But those will have to wait for future blogs.

6 thoughts on “how to get a job in television”

This site uses Akismet to reduce spam. Learn how your comment data is processed. 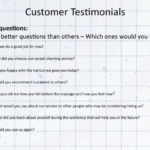 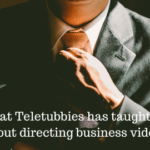