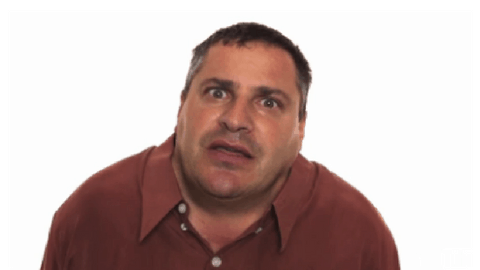 Presenter's block and how to handle it

Do you freeze in front of camera?

Or don't know what to say when the director says "action". Maybe you are suffering from presenter's block.

First of all, I have no idea if presenter's block is a real term or not, so I am going to define it just in case

So what do you do when you freeze in front of camera
and don't know what to say?

Having worked for the BBC for many years and shot lots and lots of people, the number one reason for freezing in front of camera is - making it a "big thing"

When I worked for BBC Schools Television I'd often have to interview head teachers, class teachers and other school staff and there were times when the contributor would be so nervous they wouldn't be able to answer a question coherently. So this is what I did.

I'd get them to forget they were being interviewed

"How did you do that Neil?"

Funny you should ask

As we set up for filming (the crew putting up the lights, getting the camera ready and clipping on the radio mic) I'd chat with the contributor naturally, asking them things like "do you eat the school dinners here?" or "how was your sports day?" Questions that were easy to answer and felt  like a part of a pleasant, natural conversation.

I'd then have a secret signal that the crew would look out for, like scratching my nose, which would tell them I wanted them to start recording. I'd carry on, chatting away with the contributor, asking them open questions and then I'd scratch my nose and slip in one of the questions I needed the answer to, with exactly the same tone as all the other questions.

9 times out of 10 they'd give me a great, relaxed answer and I would say to them "that was an amazing answer, [to the cameraman] I really wish you had been recording it", to which the cameraman would say "I was".

I would then compliment the contributor, thanking them for their answer and that they were a natural in front of camera. That would make the rest of the interview run smoothly.

"That's all very well Neil, but I'm not an interviewee,
I'm trying to present my own content to camera
and still struggle, what do I do?"

Funny you ask, actually it's a similar issue. You're making your filming "way too important" which is causing you to freeze. Making a video is NO BIG DEAL

If you are making a business video, where you are sharing your expertise, then you should have no problem talking to camera. Here's why I think that?

Which means talking about your expertise is easy and being filmed on a phone is not alien, you're just combing the two.

"Logically Neil I know that, but I still get stuck"

Ok... Ok... You're being stubborn here. So let me tell you a couple of tricks I've been using for years to help people through.

This one is from the archives, with a few more
tips on presenting to camera

The camera's set, the lights are on, you press the record button or the director shouts "Action!" and then what?

Where do you look? How do you talk? What do you do with your hands?

So check out this film and the next time you're in front of camera won't seems so scary.