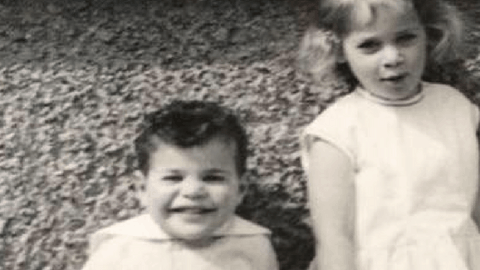 Thank you for your question

I didn't get to where I am today without people helping me out, so when I post a video, or a blog and get questions I am more than happy to share my experience. It's kind of like a "pass it on" thing... I've been helped along the way, so I am happy to help others along too. So ask away.

I am, after all, an expert in what I do

One of the questions I get asked a lot is "where's your neck?". Now obviously that has everything to do with making awesome videos and as you have been kind enough to interact with me, the least I can do is answer you. Here goes:

My neck is between my shoulders and my head... It's the bit that connects my head to my body, without it my head would be rolling on the floor. In fact, I guess If I didn't have a neck I'd be dead as they'd be nowhere for my spinal chord to go, and without the signals from my brain going to vital organs like the heart and lungs I wouldn't last very long.

Ask people who've had their heads cut off if you don't believe me... On no, you can't 'cause they'll be dead too.

Actually, I think you asked me the wrong question. What you should have asked me is "why is your neck so short?", that's a far better question. I mean, it's like me asking you "where's your brain?"

That would be stupid question to ask, because if you didn't have a brain you wouldn't have been able to view my video, let alone type a question in comment box. A better question for me to ask you would be "Why are you interested in my body when I'm a video expert? Do you fancy me?" something like that.

Sorry, got side tracked... Lets get back to the original question "where's your neck?" I'm going to take it that what you meant to ask is "why is your neck so short?"

So here is my answer, I hope it satisfies you

I was born with a condition called Kilippel-Feil syndrome. If you are really interested, there is a good read about the condition at the US National Library of Medicine in their Guide to Understanding Genetic Conditions

But if you are feeling lazy, I've copied the following overview for you

Klippel-Feil syndrome is a bone disorder characterized by the abnormal joining (fusion) of two or more spinal bones in the neck (cervical vertebrae). The vertebral fusion is present from birth. Three major features result from this vertebral fusion: a short neck, the resulting appearance of a low hairline at the back of the head, and a limited range of motion in the neck. Most affected people have one or two of these characteristic features. Less than half of all individuals with Klippel-Feil syndrome have all three classic features of this condition.

I have all three of the classic features (lucky me) and to make things even better, one of the vertebrae is missing. I think it's C3 or C4 for those of you that know what that means.

What the US National Library of Medicine in their Guide to Understanding Genetic Conditions don't say is how a person with this condition will direct television programmes, or what people will learn from them when they go on their filming workshops. They do say "Some people with this condition have hearing difficulties, eye abnormalities, an opening in the roof of the mouth", but fortunately I do not have those difficulties.

I do have other difficulties, like being in pain if I stand for too long, dealing with ignorant individuals who think physical differences means they are incapable of doing anything of value in their lives or finding a chair that is comfortable to sit on.

Do I let these difficulties hold me back... Hell no!

When I was little... Ok I'm still little, just 5 foot 1 inch (that's another result of the syndrome). When I was about 6 or 7 and being constantly prodded and poked by doctors and nurses, I was told I wouldn't be able to do much. Teaches would say "Neil, you can't do that", my friends would say "that'll be too hard", doctors would say "he'll never be able to..."

And I would say "What the fuck do you know?". Never to their faces though, I was only 7 after all and I probably didn't know the word fuck yet, but I would think "They have no idea. I live in this body, of course I can" and that turned me into a very determined little boy.

Whenever I was told "no you can't", my reaction was "of course I can" and I set out to prove everybody wrong.

And then, when I was 11, something amazing happened. For my birthday my parents got me tickets to see Crackerjack being recorded at the BBC. For those who don't know Crackerjack, it was a kids TV entertainment show. It was on that day that I sat in the studios, I decided I was going to work at the BBC making television programmes. I loved the atmosphere, looking at the lights, the cameras, the floor manager, the whole vibe of the show. But my teachers told me "no Neil, you can't do that, it's a far too risky career to go for... You're clever, do maths, do physics, do computer science". Like a good boy I did what I was told and ended up with a 2:1 Hons degree in Computer Science from Brunel University. I still wanted to make television programmes.

It only took me 11 years from the day I decided I wanted to work in TV for me to get into the BBC in their IT department (I helped computerize the Radio Times don't you know), and another 3 years being an absolute pain sitting in studios, trailing producers and writing the Blue Peter Pantomime one Christmas, before I finally got offered a trainee assistant produce role in School Television (making maths programmes). I never went back to computing.

You see, when I make up my mind to do something I do it. Is that a side effect of the condition? Maybe, I don't know, I'm not a medical expert.

I'm lucky, I really love my work and maybe I'd never be doing the job I do now if I had had a neck.